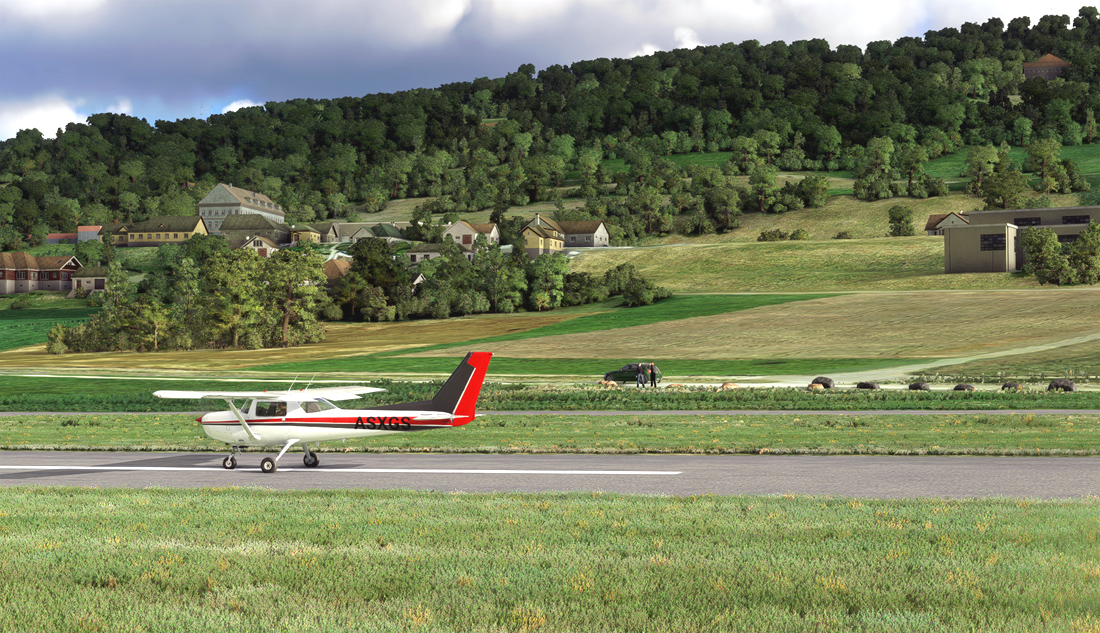 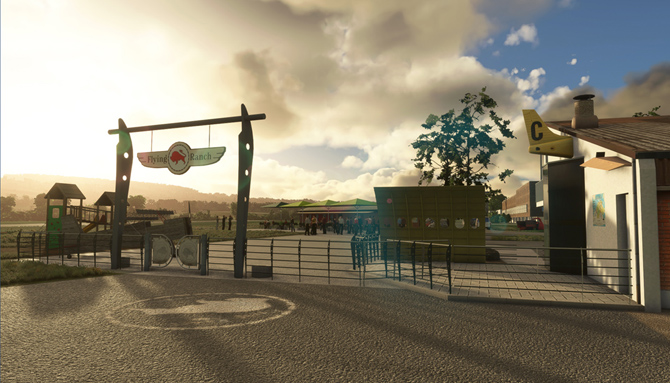 Heinrich Müller, a farmer and innkeeper from Triengen who was enthusiastic about flying, founded the airfield
in 1947. Initially, the aircraft were rented in Lucerne and were used to make sightseeing flights with relatives
and friends. Take-off and landing were considered an attraction and people gathered on the airfield site.
In 1948 the only hangar in existence at the time collapsed and an aircraft was buried under the rubble.
In the following years, a farm and a larger hangar were built on the airfield site.

In 1965 Triengen was considered a regular airport for the Lucerne and Aargau pilots. A year later, the grass
runway was replaced by a hard-surfaced runway. In 1969, Franz Müller founded the Flying Ranch Triengen
flight school. Years of discussion about aircraft noise led to a referendum in 1994. It turned out that a large
part of the population was behind the airfield and the Müller family. In 1994 another hangar with a workshop
was built. In 1997 the airfield celebrated its 50th anniversary.

- Realistic and highly detailed representation of the airport

- Very detailed representation of the nearby factory

- Markings on the apron and runways

- Standard ground traffic of the MSFS

- Optimized processing speed through the use of LODs